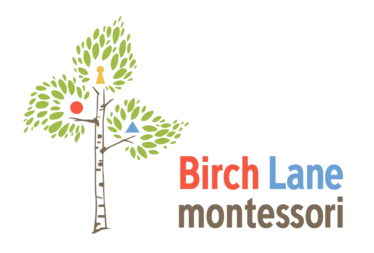 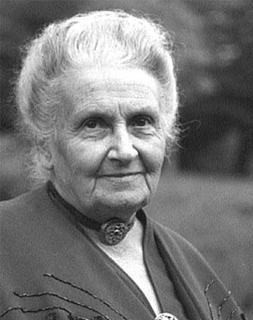 Maria Montessori was born in Chiaraville, Italy on August 31, 1870.  At the age of five, Maria moved with her parents to Rome.  Her mother came from an academic family and was well educated for a woman living in 19th century Europe.  She encouraged Maria to pursue her academic interests.

Maria attended the University of Rome and studied math, physics, and the natural sciences.  While enrolled, she became very interested in biology and medicine.  After two years of study, she gained entrance into the College of Medicine.  Society, including Maria’s own father, objected to a woman studying medicine.  Maria persevered, overcoming all obstacles. She graduated in 1896 and became Italy’s first female medical doctor.

Her first position after graduating was at the San Giovanni Hospital.  In addition to her duties as a doctor, she conducted research in the field of psychiatric medicine.  Her research involved visiting insane asylums (as they were called at that time).  Dr. Montessori discovered that the general care for disabled children was in a deplorable state.  Most of the children were lodged in asylums with adults.  In observing the behavior of these children, it occurred to her that they were starved for experience and stimulation.  She felt that perhaps their minds were not useless, but only unused.

Consequently, Montessori began to study the findings of prominent philosophers. She was attracted to the thinking of Eduoard Seguin (1812-1898), a French doctor who treated disabled children in Paris.  She also reviewed the works of Jean Itard, under whom Seguin had studied.  Seguin believed that education with respect of the individual would encourage the potential aptitude in that individual.  He designed a variety of exercises and materials to stimulate and develop the senses and motor powers of the child.

Dr. Montessori realized that if she was going to help the children with disabilities in her care, she would need to learn more about their specific needs.  To find answers to her questions, she returned to university in 1897 to study education.  Maria studied the work of Johann Pestalozzi, who advocated a “freer” school; Robert Owen, whose schools for the children of employees in his cotton mills became the basis of British infant schools; Friedrich Frobel’s kindergarten; Jean Jacques Rousseau’s scheme for “natural” education; and Jacob Rodriguez Periera’s “sense training.”  And so evolved the process of Montessori’s own thought, which combined elements, ideas, and methods of all the disciplines she studied.

In 1907, Dr. Montessori began work at the Casa dei Bambini, or Children’s Home, a school which served the impoverished children of Rome.  She worked in deplorable conditions, and her students suffered from neglect, poor parenting, and behavioral issues.  Montessori began their education by instructing them to help with the everyday chores.  She introduced similar techniques and some of the sense materials that she had previously used with the children with special needs.  She found that her students, who were so full of energy, had just needed an outlet for their aggression.  Having been given chores, puzzles, and perceptional training, they no longer had any time or inclination to direct their energy toward destructive behavior.  The structure of work and constructive activity gave the children a sense of self-worth they had never before experienced.

As part of her “teaching” observation, Dr. Montessori scrutinized the environment in which children were traditionally educated.  She observed that movement was essential for normal development, and that the practice of requiring children to sit for long periods of time was counter-productive.  The furniture was too large for the students.  Dr. Montessori had carpenters build child-sized furniture.  And, as most children love to play and lie on the floor, she brought in mats for them to use.  By having the surroundings adapted to the child’s natural size and behavior, Dr. Montessori helped her students become relaxed and happy enough to want to learn.

The years of work at the Casa dei Bambini led Dr. Montessori to a series of conclusions about children and their development.  As Standing (1957, pp. 40-52) outlines, they include:

These conclusions became the foundation of the Montessori Method.

In 1909, Dr. Montessori’s success led to her first training course known as “The Method of Scientific Pedagogy Applied to the Education of Young Children in the Casa dei Bambini.”  The news of the revolutionary method of education eventually spread across the globe.  Dr. Montessori gave seminars around Europe and the United States and was asked to develop an American version of The Teacher Training College.  By 1913, approximately one hundred Montessori schools were in the American educational system.  Interest from the US was at an all-time high.  Because her work was being greeted with praise and adulation, several well-respected people, including Graham Bell and Thomas Edison, financially supported her colleges.  Entertained at the White House and lecturing to capacity crowds at Carnegie Hall, Dr. Montessori was viewed by many Americans as an advocate for social reform.  But by 1916, interest in her methods waned due to America’s growing involvement in World War I.  Montessori left America and did not return.  However, in 1919, she was invited to England where she met King George V and gave her first full course in London.

When Mussolini came into power in Italy, Montessori went into self-imposed political exile.  She moved to Barcelona, Spain and started both a school and a training college.  In 1930, Mussolini invited Dr. Montessori back to Italy in a political ploy to improve his image.  She agreed and gave a course to approximately 150 people who came from all over the world to listen to her ideas.  In 1932, she determined that the political climate was changing for the worse and again went into exile.  Subsequently, Mussolini ordered the closing of all Montessori schools because of their emphasis on freedom and independence.  When the Spanish Civil War broke out, Montessori fled Spain and made her home in Holland.

When World War II erupted and it became clear that Holland would be overrun by Nazi Germany, Montessori left Holland to live in India for the remainder of the war.  Welcomed in India, her ideas rapidly gained popularity.  Naturally, Montessori opened the Training Centers in India, and Montessori schools quickly sprang up.

In 1946, at the age of 76, Dr. Montessori returned to London and gave her last complete course.  Subsequently, she devoted herself to visiting the Training Centers around the world.  In 1949, she received a standing ovation for her address at a UNESCO conference.  That same year, the French honored her with the medal of the Legion D’Honneur.  Also in 1949, Montessori was nominated for the Nobel Peace Prize.  She was nominated again in 1950 and 1951.  Dr. Montessori continued to travel and was made an honorary citizen of Perugia in recognition of her work there.  She returned to her headquarters in Holland and was given the rank of Officer of the Order of Orange-Nassau by Queen Wilhelmina.  At that time, she also received the honorary degree of Doctor of Philosophy from the University of Amsterdam.

Dr. Montessori never married.  She had a son, Mario Pipilli, whom she did not raise.  Mario was born in 1898 and grew up in the Roman countryside.  Montessori visited him from time to time, but they did not have a close relationship until Mario was older.  As an adult, he traveled with his mother around the world and was instrumental in much of her work.  In 1950, he legally changed his name to Mario Montessori.  He became president of the Association Montessori Internationale (AMI) and was president until his death in 1982 (Wikipedia).

Maria Montessori passed away on May 6th, 1952, in Holland.  She left behind a successful educational philosophy and a thriving institution.  There are over 20,000 Montessori schools across the globe continuing the work of Dr. Montessori today. 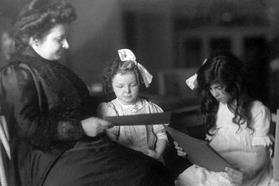